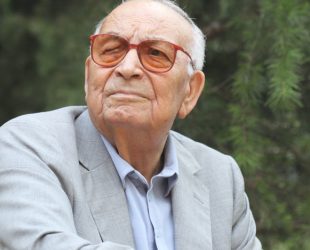 Yaşar Kemal also spelled Yashar was born on 6 October 1923, died in 28 February 2015. He was a Turkish writer and human rights activist.

Yaşar Kemal was one of Turkey’s leading novelist. Received totaly 38 awards during his lifetime and had been a candidate for the Nobel Prize in Literature on the strength of Memed, (My Hawk).

During the World War I, Yashar’s familiy had to move from their village due to invasion of the Anatolia’s by the Russian troops.