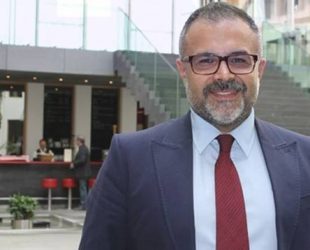 He was born in Turkey, His family moved to Germany when he two, where he grew up in Hamburg and Recklinghausen.

After graduation he studied law at the Westfälische Wilhelms-Universität Münster and social sciences at the University of Duisburg-Essen.

He is the representative of Alevis, the largest religious community in Germany.

The Green Party is very close to Cem Özdemir and is a member of many associations in Germany.

Ali Ertan Toprak, who is close to associations and organizations close to the PKK organization, Now he is an administrator in  ZDF, a German State Channel.

Toprak coordinates projects and events of the AABF and is particularly involved in the interests of religious, cultural and ethnic communities in Turkey as well as in the German and European diaspora.

His current work is focuses on the establishment of the alevitic doctrine in teaching and research at German universities and the recognition of the AABF as a public corporation.