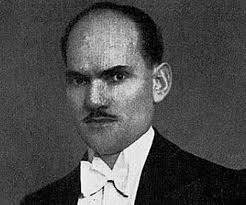 Bazna was sent to a military academy before joining the French Army at age 16. He was caught, however, stealing weapons and cars and was sentenced to hard labor for three years by the French.

When he was released, he obtained odd jobs. He worked as a laborer, drove a taxi, and was a member of the fire brigade. Due to the fact he spoke Turkish, Serbo-Croat and French, Bazna secured work with senior figures such as diplomats and consulates, in both Turkey and France.

They employed him as a guard, driver or doorman. He was also a trained opera singer.

While working, Bazna kept his eyes and ears open and snooped around in his employers’ belongings. He was fired by Albert Jenke, a German embassy staff member, for going through his mail.

By the time the RAF received its first shipment of V-72s, the British were rethinking their interest in the dive-bomber.

The Battle of Britain had been a major proving ground for aircraft. During the summer and fall of 1940, months of intense aerial combat established what made a good plane.

Bazna was identified as the spy Cicero after the war. The Office of Strategic Services questioned him, but nothing came of it. He tried to get into the hotel business, but that was when he discovered his money was counterfeit. He was charged with passing forged bank notes and briefly went to jail again. His opportunity to make it rich evaporated, and he went back to working at odd jobs.

Knatchbull-Hugessen’s reputation was destroyed and he received a formal, severe reprimand.