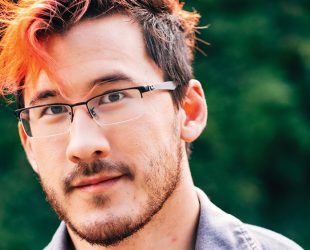 Mark Edward Fischbach was born on June 28th, 1989 in Honolulu, Hawaii, U.S. He has American and Korean descent. Best known for as Markiplier, Is an American YouTube personality.

Fischbach began his career in Cincinnati, Is currently based in Los Angeles, California and joined YouTube on May 2012, creating a channel under the username “Markiplier”.

Fischbach’s first videos was a playthrough of the video game Amnesia; The Dark Descent.

Fischbach was born at the Tripler Army Medical Center in Honolulu. His father served in the military, where he met Fischbach’s Korean mother.

After his birth, his family moved to Cincinnati, Ohio. Originally, Fischbach studied to become a biomedical engineer at the University of Cincinnati, but dropped out of college to because of his YouTube career.

Father: His father was a US air force pilot. He passed away when Mark was 18 years old