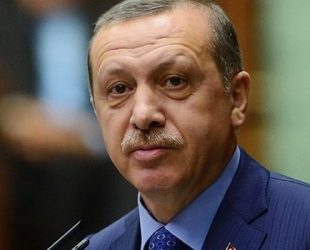 Recep Tayyip Erdoğan is a Turkish politician serving as the current President of Turkey. Was born in Febrary 1954, Istanbul. Originaly from Rize, North of Turkey.

He graduated from Kasımpasa Piyale Primary School in 1965 and completed his high school education at Religious Vocational High School in 1973.

Having succeeded in the necessary examinations for additional courses, He received his graduation from Marmara University Faculty of Economics and Administrative Sciences in 1981.

Presidend Erdoğan returned to political activities with the Welfare Party, established in 1983, and he was elected the Mayor of  Beyoğlu in 1984.

In 1985, he was elected the Mayor of Istanbul Provincial.

On December 12, 1997 Recep Tayyip Erdoğan read a poem from a book. And after that, he was sentenced to imprisonment for reading that poem.

Recep Tayyip Erdoğan, after 4 months in prison, established the Justice and Development Party on August 14, 2001 with his friends.

He played football as amateur.