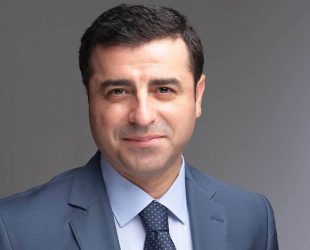 Selahattin Demirtas was born on 10 April 1973 in Palu, Elazig, Turkey, Where he completed his primary and secondary school education.

Started his political career as a member of the Democratic Society Party. He is a Turkish politician who Zaza-Kurdish descent. His family speaks Zaza-Kurdish.

“I became a different person. My life’s course changed … although I didn’t fully understand the reason behind the events, now I knew: we were Kurds, and since this wasn’t an identity I would toss away, this was also my problem.”

Selahattin Demirtaş was arrested on 04 November 2016, He has been in Edirne F-Type Prison since his arrested.

Muslim, (He explain himself as believer muslim)