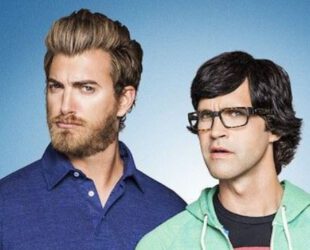 Smosh is an American comedy and founded by Ian Hecox and Anthony Padilla. Ian Andrew Hecox was born in Nowember 30 1987, Daniel Anthony Padilla September 16, 1987. They both birth in Sacramento County, California.

His school-friend Ian Hecox joined Smosh soon after, and the pair began creating flash animations and comedic videos. They recently announced, that Anthony Padilla will be leaving the world of Smosh. At present there are ten Smosh channels on Youtube.

Anthony Padilla is a writer, director and YouTube personality.

The Sweet Sound of Smosh, Sexy Album, If Music Were Real, Smoshtastic, Shut Up! And Listen.