Tarkan is one of the most famous singer in Turkey. Was born and raised in the Alzey town of West Germany in the province of Renna-Palatina. He moved to Turkey with his family when he was 15 years old.

He graduated from Karamürsel High School in 1990 and started to take the first steps of his music career in Istanbul Üsküdar Musiki Cemiyeti. 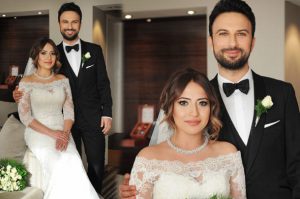 He married with Pınar Dilek on April 29, 2016. His wife, German citizen. Tarkan, announced in 2017 that he will move to Cologne, Germany and that he will continue his life in Cologne.

He has a daughter