Turkas Soray was born on 28 June 1945 in Fatih, Istanbul, Turkey. Support of her mother, Türkan step into the acting career and starred in her first film in the early 1960s.

Her father was railway-officer and a housewife mother. Turkan started in her Turkish cinema career at the age of 15. She has stared in over 220 films.

Was chosen “Artist of State” by the Ministry of Culture of Turkey Republic. 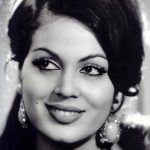 Sweat Life, Second Spring, Once Upon a Time Ottoman.

In 1960 at just 15 years old with the film Aşk Rüzgarı, (English: The Wind of Love), Köyde Bir Kız Sevdim (English: Falling in Love with a Girl in the Village).